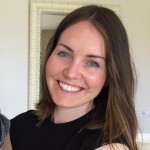 The Agtel team were delighted to provide live event streaming services at this year’s TEDxUCD event. The crew filmed and live vision mixed the TEDx talks on location and streamed them live online. The talks were also made available after the event on the TED.com website and YouTube channel.

You can watch all the videos on YouTube here.

Barry Andrews  ‘Why No one Cares about Syria’

Terry McCarthy ‘The Cost of War’

Here’s what businessandfinance.com had to say about it:

Post 9/11, Dr McCarthy covered the war in Afghanistan, where he opened TIME’s Kabul office, and later went to Kuwait to follow the troops into Iraq in 2003. After the fall of Saddam Hussein, he established TIME’s bureau in Baghdad. His first forays into television came in Iraq, where he was part of the ABC News/TIME team that reported the special series ‘Iraq, Where Things Stand’, which won two Emmy Awards in 2003 and 2004.

Speaking after his TEDxUCD 2014 talk, Dr McCarthy said: “As a UCD graduate, who has been based in the United States for nearly 30 years now, it was truly an honour to be invited back to UCD and to talk at this year’s TEDxUCD event. Having covered wars from Central America to South East Asia to Central Asia and the Middle East, I wanted to use this opportunity to enlighten those who may not have experienced war up close about the human costs of war, and why it is so important that we never forget those human costs when we debate the use of military force anywhere in the world.”

Dr McCarthy is currently president and CEO of the Los Angeles World Affairs Council which invites authoritative and influential figures from around the world to Los Angeles and provides them with an open forum to promote greater understanding of current global issues and their impact on the people of Southern California.