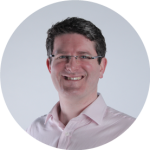 There was a great buzz at this morning’s Ireland for CERN launch event. I was delighted to have been invited to speak at it with Seán Kelly MEP and Prof Ronan McNulty of UCD, and it’s been covered by RTÉ, The Irish Times and The Journal.

I spoke about Agtel’s success winning major European tenders with clients such as the European Space Agency (ESA) for a series of educational videos. That project was one of my career highlights because I got the chance to tell astronauts what to film for us on the International Space Station. Another career highlight was filming at CERN itself for the Institute of Physics when we were doing a series of videos for them. They even let me cycle a bike around the Large Hadron Collider tunnel!

These are just two examples of the kinds of business links that closer Irish collaboration with big international science projects can bring – including for creative communications agencies such as ourselves. The slide deck I showed (created using Haiku Deck) can be viewed here:

Created with Haiku Deck, the free presentation app for iPad